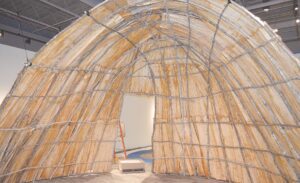 FLINT — In three weeks, visitors young and old will get to see a totally reimagined Sloan Museum and explore new exhibits dedicated to interactive learning and play.

The Sloan Museum of Discovery, formerly known as the Alfred P. Sloan Museum, will hold its grand reopening on July 16 in Flint. Guests will encounter four new galleries and walk through an expanded museum space that’s been increased from 58,000 square feet to 107,000 square feet.

Visitors can learn more about the history of Genesee County and Flint at the museum’s expanded History Gallery, which will cover the development of the area from the arrival of indigenous tribes and early European settlers to the rise of the Vehicle City and the present day. Several hands-on exhibits will be on display, including a Learning Lodge designed by local Native American artists and a trading post where spectators can learn about the region’s animal pelt trade.

The museum will also reveal a Discovery Hall Science Gallery with exhibits geared for the whole family. Kids will get to climb a three-story Spaceship Earth exhibit, watch tsunami waves develop in a water table exhibit and learn how to build robots and work with electronics in a state-of-the-art maker space.

Kids can shop at a “grocery store” inside the early childhood education gallery.

Activities will be abundant for kids ages 0-6 in the Hagerman Street gallery, which will be an interactive space for early childhood education. Children can explore a tree house, a grocery store, a dentist office and many other creative “buildings” along Hagerman Street, while learning more about the world around them and engaging in good old-fashioned play.

A newly renovated Vehicle City Gallery will also be open to the public, showcasing Sloan Museum’s vast automobile collection. Within the 11,000 square foot space, Sloan will display many of its treasured vintage cars that were previously displayed in the Buick Gallery, which will now be used for auto maintenance restoration and storage.

Along with displaying classic cars, Sloan Museum will have space for modern and futuristic vehicles, along with a hands-on mechanical exhibit for kids in the coming months.

Future traveling exhibits will also be housed in the Fun Exhibition Hall, which is expected to open in July 2023 after the public has had a chance to discover Sloan’s four permanent galleries.

General admission to the Sloan Museum of Discovery will be free for Genesee County residents, thanks to funding from the Arts and Culture Millage.

Anne Mancour, marketing director for the Sloan Museum of Discovery, said that visitors will be impressed by the museum’s interactive spaces and educational offerings for students and families.

“This $30 million world class museum will affect kids for the rest of their lives,” she said. “They’re going to be inspired to be engineers, scientists, teachers or artists just because they came and got excited about something. They have something no one else will have, right in their backyards.”

In addition to the new galleries, the Sloan Museum of Discovery will have a Coffee Beanery café for lunch, beverages and kid-friendly snacks. The museum has also been equipped with new learning lab spaces for interactive programming and expanded space for birthday parties, wedding receptions and private gatherings.

Funding for the museum’s expansion was supported by grants and donations from foundations, businesses, individuals and state government. Major supporters included the Charles Stewart Mott Foundation, the State of Michigan, GM Corporate Giving and the Hagerman Foundation.

The Sloan Museum of Discovery is located at 1221 E. Kearsley Street. Visit sloanlongway.org for more information. 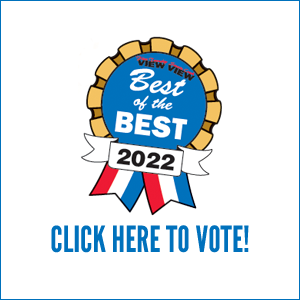